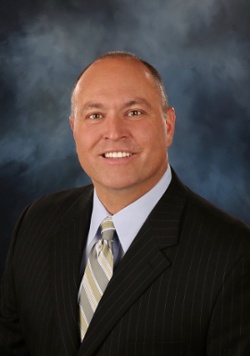 Nathan Rien received his Juris Doctor degree from Northwestern California University School of Law. Upon being admitted to the California State Bar, Mr. Rien opened the Law Office of Nathan C. Rien, where he  offers legal services in estate planning. Prior to attending law school, Mr. Rien earned his Bachelor of Art degree from the University of California, Davis in Political Science and History in 1999. He then earned a Masters degree in Education from National University (2001), and a Masters in Sport Science from the United States Sports Academy and was named the Academy’s 2004 Master’s Student of the Year.

Mr. Rien has served as a tenured professor of Health and Human Performance at Columbia College in northern California for the past 14 years, as well as, the Director of Athletics. He was elected Academic Senate President-elect in 2017 and is currently serving as the Academic Senate President. Prior to becoming the Athletic Director, Professor Rien served as the men’s head basketball coach at Columbia College for 10 years and as the Associate Athletic Director.

Mr. Rien played NCAA college basketball at the University of California, Davis and was part of two NCAC Championship teams. He then went on to teach leadership, United States and World History, and was the head men’s varsity basketball (4 years) and tennis (1 year) coach at Oakdale High School. Mr. Rien also served as an assistant men’s basketball coach at California State University, Stanislaus for one season. After spending countless hours helping others over the past 20 years in education and athletics, Mr. Rien is now taking that same approach and experience to provide zealous legal representation in estate planning matters.